What will the future bring?

A video from NG9D about activities on the 10 meter band. Someone commented: "Harmonics inside your SDR, is signals from 27,025 AM citizens band." Maybe ... There were plenty of CB people who bought 10 meter equipment for CB radio. Now they use the 10 meter band because it is hardly used. I hope not. 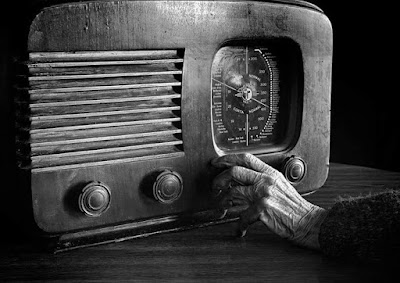 We have evolved with radio. I was joking about going back to CB radio. The only nice thing was to fool the authorities to avoid getting caught. Even then, and probably also now, pointless conversations. Swearing and harassment were common.

Only with CB radio? When I listen to repeaters I don't see any change. With CW and digital modes you have less problems with that. At most someone who sets a carrier wave on your frequency on purpose.

Now we can already cover almost the whole world with FT8. What will that be like at the peak of cycle 25? Is a DX still special?

Maybe if we all start working QRP. For example with a maximum power of 25 milliwatts. Maybe that's where the challenge lies? I think for me.

It would be nice if we as QRPs could get our own part of the spectrum with FT8. Now the high-powered amateurs rule on those overcrowded FT8 frequencies. There is hardly any free space to be found.

There is plenty of space on HF. But perhaps the authorities will take a large part of the free space in the future because it is not used.