The Geminids are a meteor shower caused by the object 3200 Phaethon, which is thought to be a Palladian asteroid with a "rock comet" orbit. This would make the Geminids, together with the Quadrantids, the only major meteor showers not originating from a comet.

The meteors from this shower are slow moving, can be seen in December and usually peak around December 13–14, with the date of highest intensity being the morning of December 14. The shower is thought to be intensifying every year and recent showers have seen 120–160 meteors per hour under optimal conditions, generally around 02:00 to 03:00 local time.

Geminids were first observed in 1862, much more recently than other showers such as the Perseids and Leonids.

With my 6 m vertical I did receive some MSK144 signals. I do transmit because I didn’t have too much power for MS and I need a horizontal polarized antenna which I do not have. 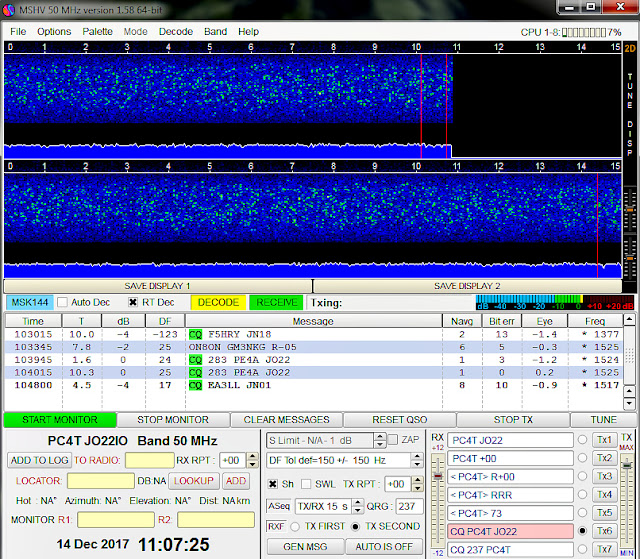