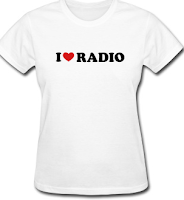 I love radio, but not always. In the early hours I did work some stations with BPSK-31 on 80 meter. Then I wanted to do WSPR on 80 meter, but I was not spotted anywhere. That happens not too often. I always will get some spots, but now: nothing.

It is very strange because I could work France, Belgium and Czech Republic with BPSK-31. Later on the same on 17 meter and 10 meter. I begin to doubt if my antennas are working. The SWR is good. Finally, in the late afternoon I worked SV7JLA on 20 meter with 5 watts. Enough for today. Since last night we have a little snow here. Not too much, but enough for a white world here.

After a problem with installed software Google Chrome was not working. So I installed a new version of Chrome v. 24.0.1312.52m but now web SDR isn't working. Java is installed. I got a message to install the app, so I did but still no web SDR sound. Does anybody know a solution for this problem?