QSO's with qsb and poor conditions 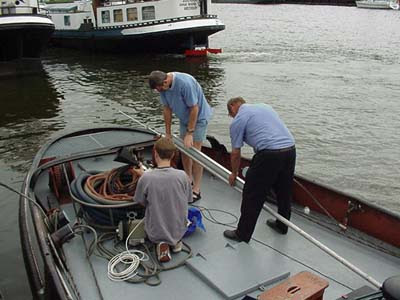 It was nice to work PB1PCH/m from the Amsterdam harbour with psk31 on 10 meter. On 12 meter I heard Brazil with psk31. Then I switched to 20 meter CW QRP. It was hard to make a complete qso because of QSB and poor conditions. But I did work F6CZC Leone and S51NP Alex. I had a nice qso with IK3SVT/QRP Antonio, also here the signals were going up and down. While I was listening to Antonio's last over I heard Dick F8WBD calling CQ. (14.05 Z) After finishing the qso with Antonio I called Dick, but he was already gone. Maybe next time. I had a half qso with SM0GCE but not completed because of heavy QSB. On the other hand it is nice to see what is possible under bad band conditions.
I made a complete back up of my hard drive, because I think the hard drive will crash sooner or later. I get pop ups from Windows that there is a problem with my hard drive.
My 5 watts WSPR signal was heard by WA3DNM, N6RFM and VO1LQ on 20 meter.
By Paul Stam PAØK