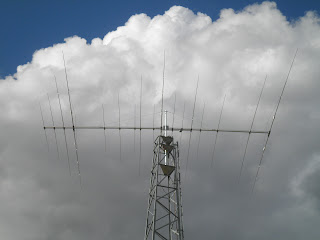 I received VK2KRR on 20 meter WSPR with a best report of -7db (he was using 10 watts) That means that 50 milliwatt will do also. He got 'big ears' (see photo) Lee also reported me, and I was using 1 watt. No record for me, but it's nice to be heard on the other side of the world with only 1 watt. My best report was -7db, with -20db means that he should hear me with 10 milliwatts also! Later tonight I was reported by VK2KRR with 500 milliwatt (32.970 km/watt). I forgot to change the parameters, so after 18.00 UTC must be 500 milliwatt instead of 1 watt. 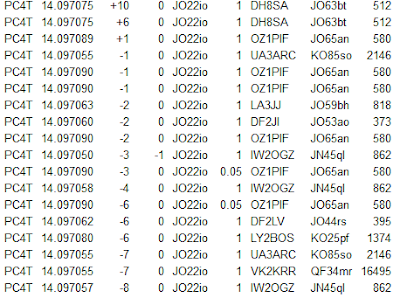 I noticed that the 20 meter is the best band to make intercontinental DX, the last 3 weeks. And sometimes 40 meter (grey zone)
By Paul Stam PAØK